Sometimes the strangest difficult to forget conversations come up in the most unlikely of places.  For me, this weeks conversation that I just can’t forget came whilst I was gritting my teeth waiting for my neck to be cracked (treatment not punishment).  We were talking about whether snow would be a good thing or not and the Doctor said that he really wanted his kids to experience the snow this year as they weren’t old enough to appreciate it the year before when they were 1 and 2.

Obviously I gave my usual response about having kids that close together – bravery etc, etc but it turns out that his children are both adopted.  Its no secret; he’s very open about it.

He and his wife had always wanted to adopt and particularly wanted to adopt siblings.  They consider themselves to have been so fortunate to not just get siblings but to get very young siblings as both children were taken into foster care as soon as they were born.  I didn’t pry into the reasons but he did say that he and his wife are now faced with a new, and unexpected dilemma having completed their own longed for family.  The birth mother is pregnant again and the authorities want to know if they will consider adopting the third child.  Their dilemma is that having worked diligently to preserve the sibling relationship a new sibling will arrive and, if they don’t agree, will face being raised outside of the existing family unit.  They are genuinely stricken about what to do.  Their heads tell them that a third child is not what they planned  but their hearts tell them to do it, that its the right and good thing to do.  They have enough love for 3 children.

But what holds them back is that the birth mother’s situation will not change.  3 children in 4 years all being removed straight away.  Whats to stop a 4th, 5th, 6th?  So even if they cross the mental and physical heartache with child number 3 it could well continue.  Their current dilemma could be a reoccurring theme and their positive decision to say no could be the word that stops these children having each other through their childhoods.

He clicked my neck into place and I walked away from the surgery but I am still thinking about our conversation. 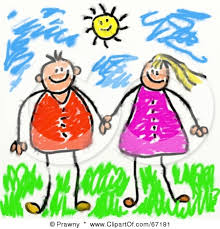